The road through Goostrey is completely closed to vehicles at Bank View. Work is being carried out to repair the sewer under the sinking road. (Pedestrians can still get through)

Residents of Bank View can enter/exit the cul de sac to/from the eastern end of the village. 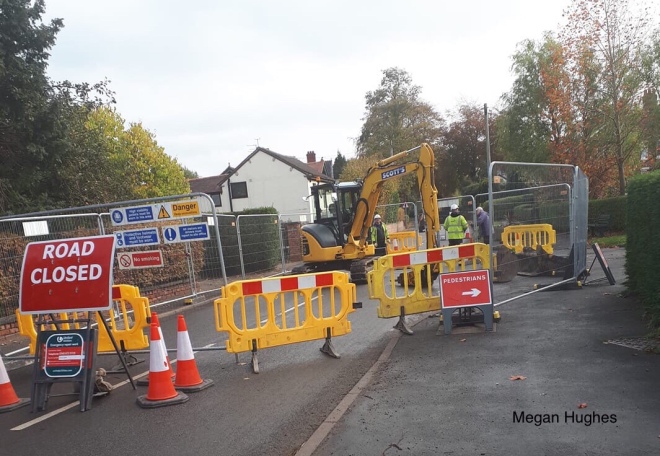 Goostrey’s fallen in the First World War will be honoured at a ceremonial oak tree planting at 10.30am on Saturday, November 10th on the Bogbean.

The 18 young men from Goostrey, Twemlow and Allostock who gave their lives in the war will be remembered at a memorial service organised by the Goostrey branch of the Royal British Legion, who have funded the event along with Goostrey Parish Council.

The branch will be joined by the chairman of Goostrey Parish Council, Ken Morris, 18 Scouts and Guides from Goostrey, the vicar of St Luke’s Church, Reverend Heather Buckley and the Minister of the Methodist Church, Reverend Yvonne Pearson.

Commemorating 100 years since the end of the First World War, an oak tree will be planted on the Bogbean, and Scouts and Guides will place named poppy crosses in honour of each of the fallen in a wreath beside the tree, to salute the men and as an everlasting memory of their sacrifice for the community and country. A memorial plaque will be placed around the tree.

The men to be honoured…..

George Lewis Hamilton. Born Twemlow Hall Lodge 1891. Returned to England wounded in September 1916 and died from his wounds on October 27, age 25. Awarded the Military Medal for bravery in action which led to his death.

George Thomas Woodward. Born 1898. Survived hospital treatment to return to action, but died on December 18th 1918 from the flu epidemic sweeping through Europe.

Charles Parrott. Born Goostrey 1899. Awarded the Military Medal in 1917 for bravery in action. Killed at Flanders on March 31st 1918.

Herbert James Hardy. Born 1890 in London but family moved to Twemlow. Killed at the third Battle of Ypres on September 22nd 1917.

St Luke’s Reverend Heather Buckley is celebrating the success of its recent appeal to raise more than £8,000 to fund the cost of removing the old beech tree which, including traffic management costs, was £8,239, a major blow to the church’s finances for 2018.

Among a number of large individual donations the church received towards the cost of the work was an anonymous donation of £1,000.

Now, after reaching the target, Rev Buckley hopes more funds can be raised to continue the work in the churchyard.

“The generosity of people has been fantastic, and we thank everyone who has helped to lift this very heavy financial burden off our finances,” she said.  “There is, however, still a lot of work to be done in the churchyard, including removing a juniper tree whose roots are becoming hazardous to people walking on the path.  This will cost a lot of money to remove and replant as well as a general tidy-up so the churchyard will look even more beautiful than it is at present.”

St Luke’s Christmas fair is on Saturday, November 24, and the church would welcome donations for the raffle, tombola, gift and toiletries, cake and produce stalls.  The fair is the church’s major fundraising event of the year, and the church is very grateful for anything people may give.

A job opportunity has opened up in the village:  a combined role of operation, booking, caretaking and general management of the Village Hall – on behalf of Goostrey Parish Council. 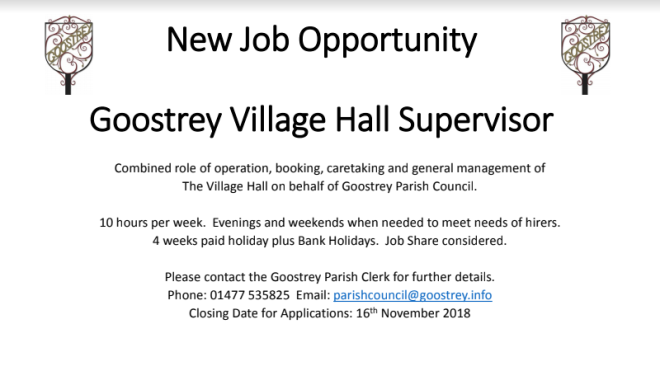 Cheshire East have granted permission for the new block of offices on Twemlow Lane by the entrance to the ex MoD site.

Link to planning page 18/3670C   to read the decision/list of conditions.

Full planning permission is being sought for a ‘glamping’ site on Bomish Lane about half a kilometre from the Lovell.  JBO has opposed the proposal, noting “that the impact from the additional potential contribution to the existing level of interference coming from that direction will be moderate to severe.”

The application, for Mr Barber of Cheshire Country Holidays on Bridge Lane, includes the construction of 10 glamping pods – on wheels covered by decking- a permanent reception/office, store, shop and shower block with parking spaces for 15 vehicles.

Yet again – a developer is attempting planning permission for several homes in the village.

12 homes are being proposed by Crabtree Homes Ltd for land to the east of Hermitage Lane, with access off Nether Lea. (see layout below)

Jodrell Bank Observatory have objected to the proposal and were opposed to a previous application for 26 homes at this location (Ashalls submitted a different proposal in 2014 – 14/1964C ; refused and then withdrawn before appeal) however the new developer has included a ‘bund’ to the east in the hope that it might help block interference – higher than the houses??). 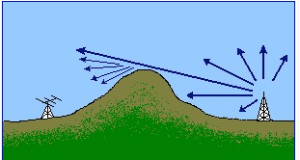 It is not clear how effective that would be and details of its height are not included – but …would diffraction be an issue anyway?

“The development will create 12 new dwellings with associated public open space , which provides a choice of housing to meet the needs of the area, whilst respecting and enhancing the site’s environmental assets. This will be achieved through the provision of 9 market houses and 3 affordable homes . Housing will be set within a robust green infrastructure, which will include existing mature trees and hedgerows. It will also include a permanent earth bund to the east side of the site which will help to block any interference to Jodrell Bank. The development will provide a mixture of market and affordable homes enhancing the land which has previously been used for agriculture and is currently empty .” Design & Access, Crabtree Homes.